Some days ago we visited Porto, the city that held the 16th International Conference on Intelligent Systems Design and Applications (ISDA). Our mate Cristóbal Medina gave a talk titled "On Pollution Attacks In Fully Connected P2P Networks Using Trusted Peers". In this work he shared our progress in P2P network security topics. Especifically in the detection of pollution attacks using Trusted Peers.

As same as in other meettings, there were several interesting talks from international researchers. However, the conference was not only about security but also about other topics like optimization, neural networks or machine learning. In the social side, we had time to speak and share ideas with the rest of attendees. It was a great experience that should be repeat soon. 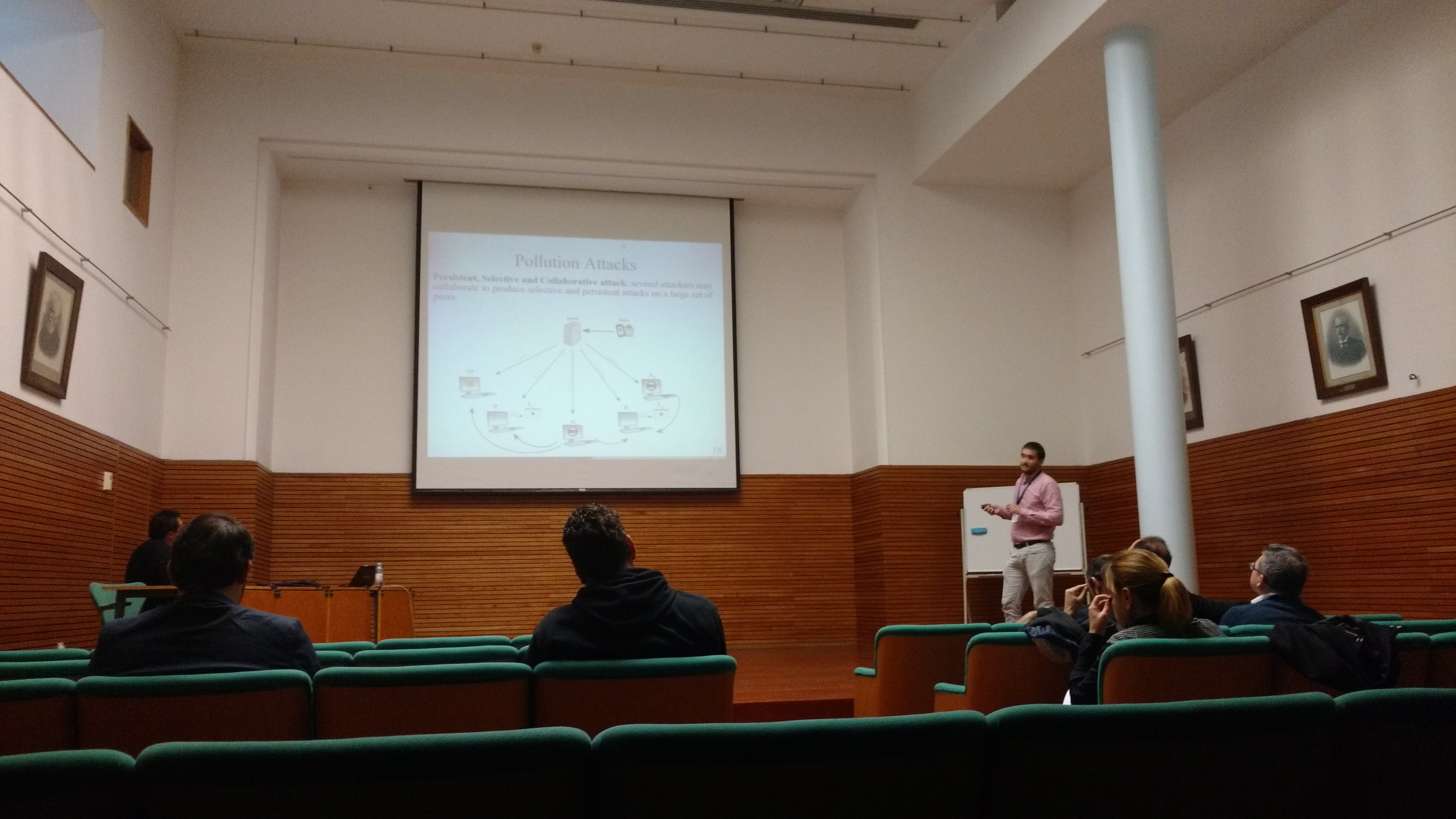 Last September 14th, our partner Nicolás Calvo Cruz gave his talk in the 27th edition of the Jornadas de Paralelismo national conference. The event, which was held in Salamanca this year, lasted from Septembed 14th to September 16th. There were numerous interesting talks about different topics such as vide HEVC coding, agent-based simulations and hyperspectral image processing. The work of our partner, entitled "Aplicando un procedimiento de optimización paralelo Teaching-Learning para el enfoque automático de helióstatos", was also of interest for the attendants and some questions were asked about its details. Next, the reference of the work is included for anyone interested at it:

Finally, the front page of his presentation is shown: 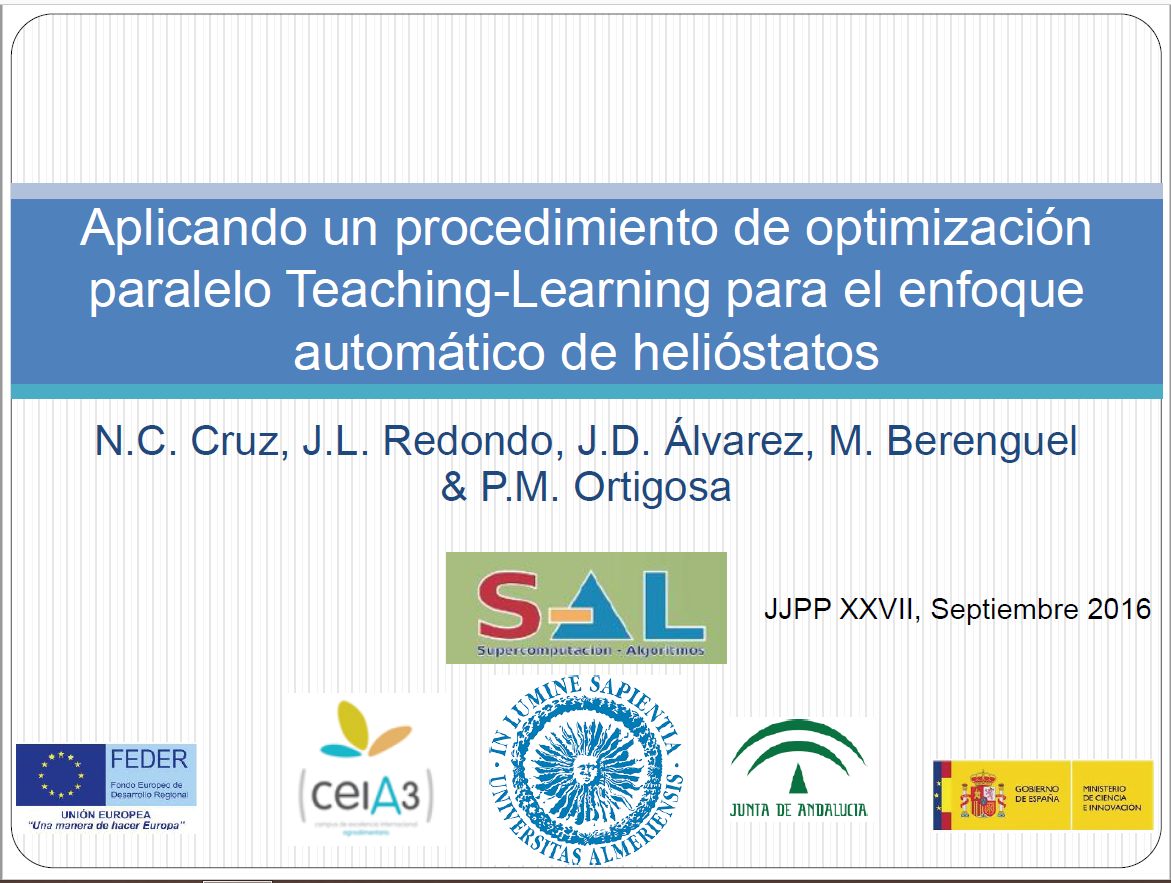 Last Friday, September 30th the third edition of the "European Researcher's Night" event was held. This divulgative expo is concurrently celebrated in numerous cities of Europe by different institutions. As expected, the research group "Supercomputación y Algoritmos" also joined the event in order to show its activity to the general public and to capture people's attention as potential students of Computer Science. The event was a complete success and people of all ages came to our stand, placed in the middle of the Almeria's Rambla, to enjoy our activities.

The experiments shown are listed below:

To conclude this press release regarding the event, a picture with some of the members who collaborated is shown next: 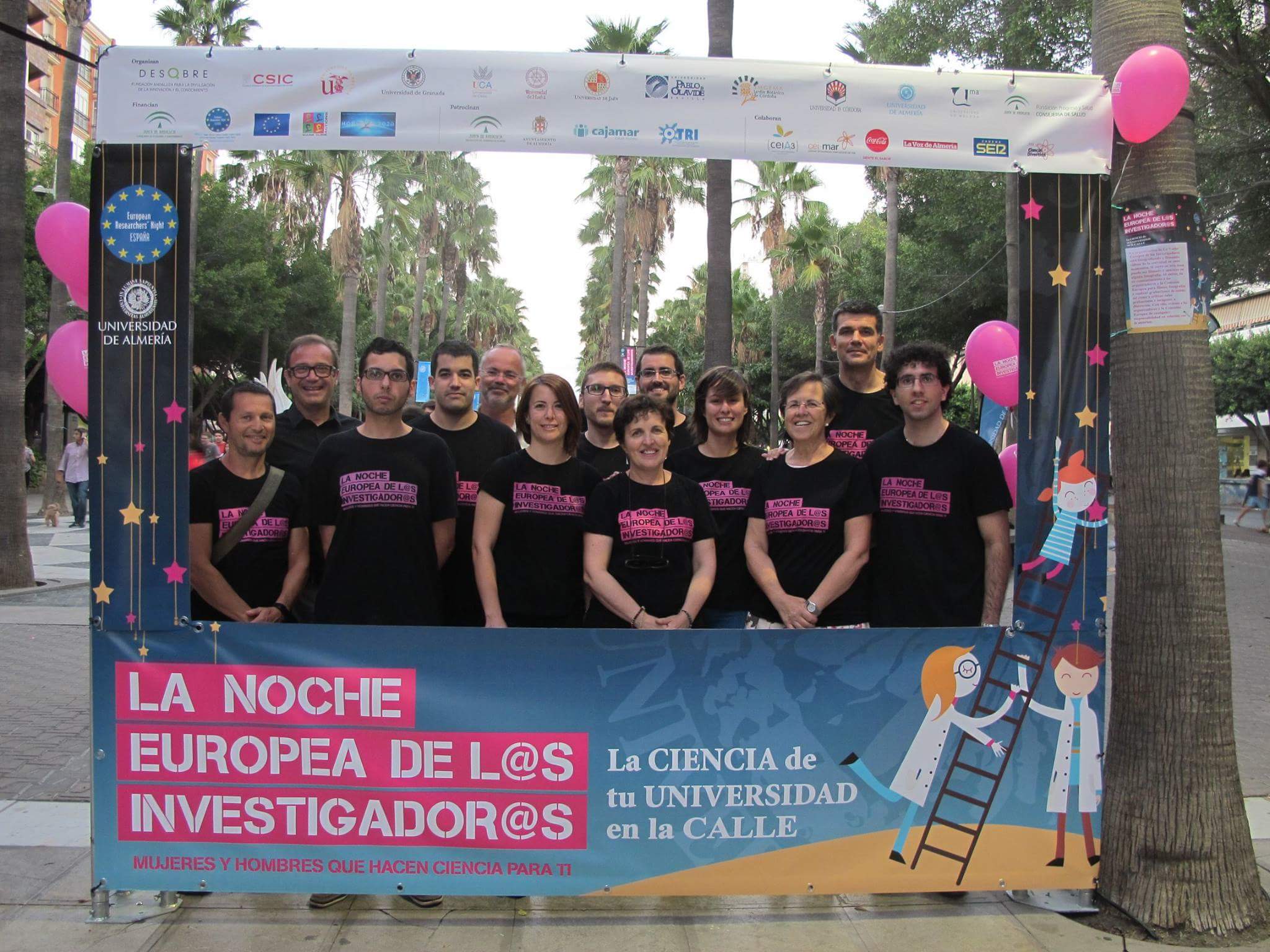