From 4th to 8th of September, the XIII Global Optimization Workshop GOW’16 was held in Braga (Portugal) and a large part of our research group members attended. It was a great opportunity to swap ideas, to know about other research lines, to share interesting problems and to learn about new methodologies to solve them.

Moreover, our group presented some of its latest research works at the following talks, whose extended resumes can be found at the proceedings book: 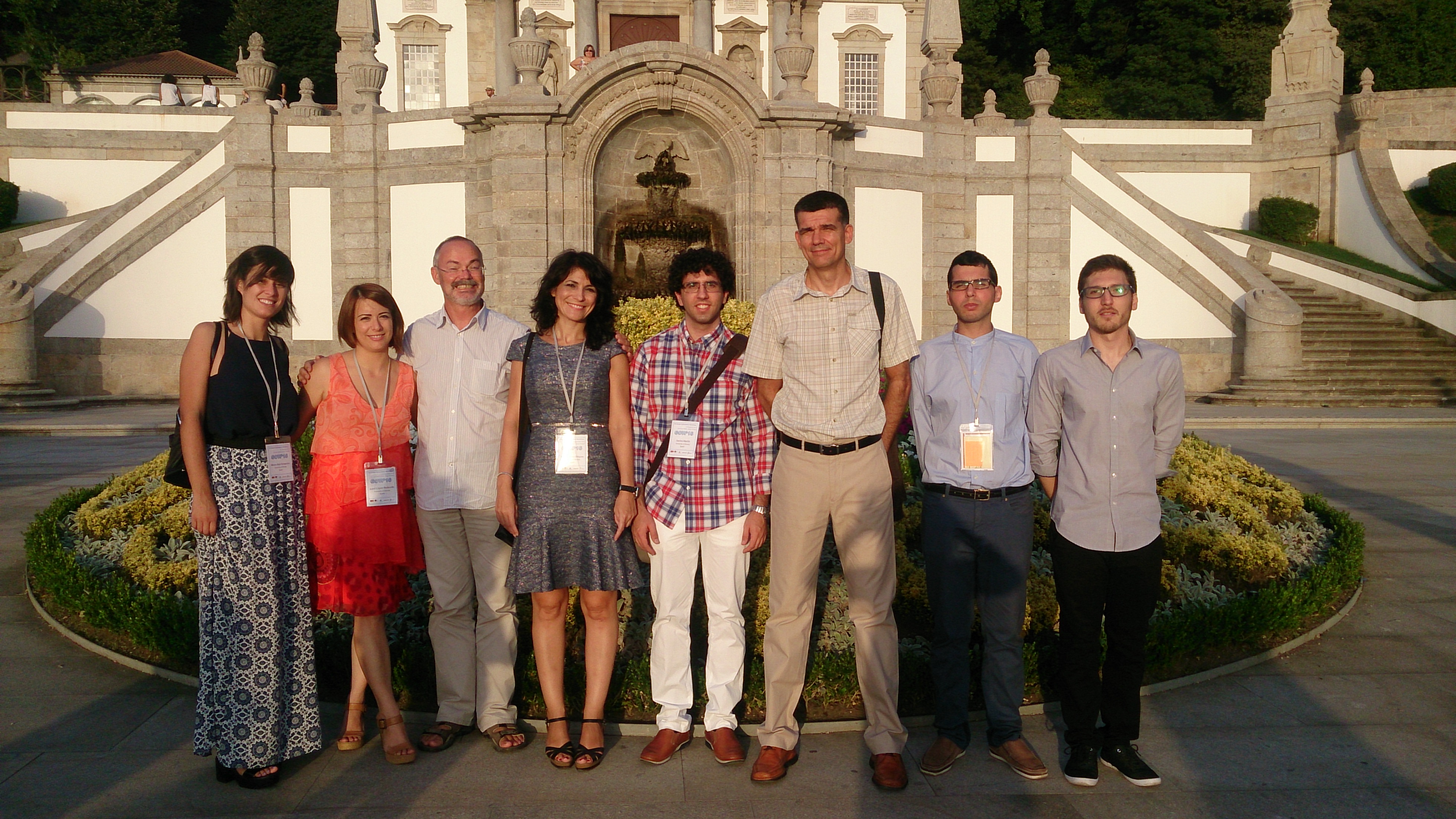 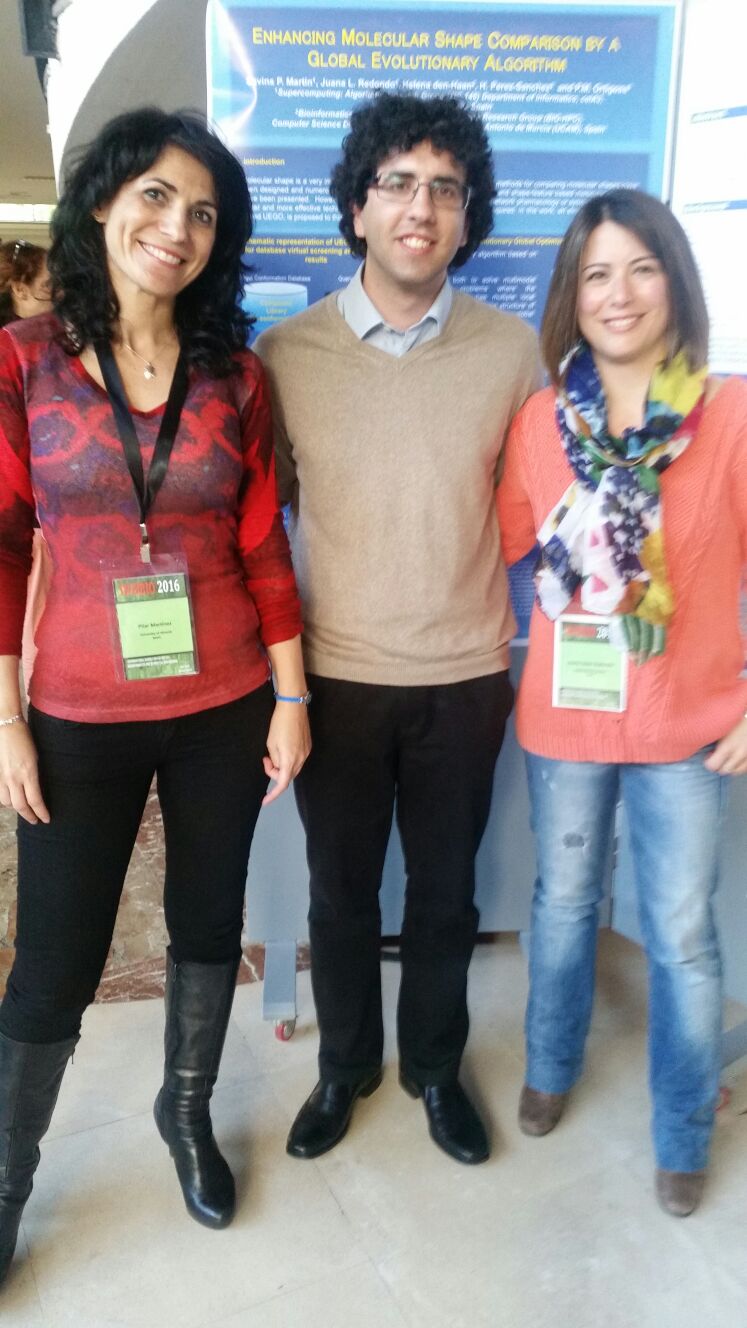 Between 20 to 22 April was held 4th International Conference on Work-Bioinformatics and Biomedical Engineering (IWBBIO) in Granada. It brought together researchers from different areas: computer science, mathematics, statistics, biology, bioinformatics and biomedicine.

Part of our research group (Pilar Martínez Ortigosa, Juani López Redondo and Savíns Puertas Martín) in close collaboration with researchers from the Catholic University San Antonio of Murcia presented the work developed in recent months through a poster. In it, it explained how to solve by monoobjetivo evolutionary algorithm to compare the form of ligands. During the poster session, the work was very popular among different researchers who are especially interested in the parallelization of the algorithm.

The title of the exposed work can be seen below:

In the image below you can see the group during the poster session.

This July, from 3rd to 6th, some of the members of our research group have attended to the CMMSE (International Conference Computational and Mathematical Methods in Science and Engineering) conference, in its 16th edition, edition, which has been celebrated in Rota, Cádiz, Spain, to present their most recent works. Specifically, Pilar Martínez Ortigosa, Ester Martín Garzón, Juan José Moreno Riado and Nicolás Calvo Cruz have been to the conference. All the presented works have had a very positive acceptance. This picture was taken at the poster session: 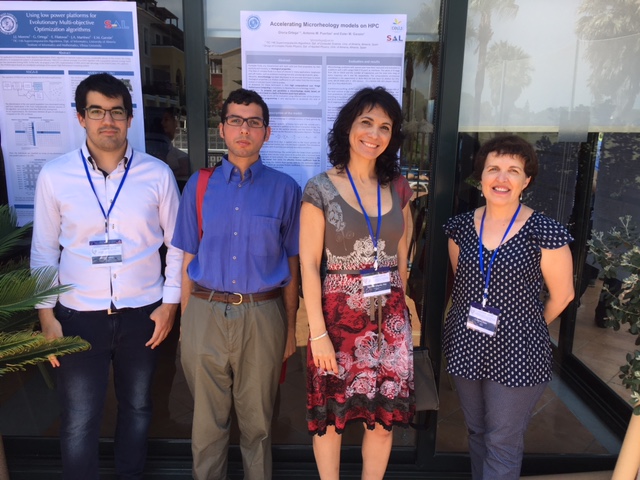 The entire titles of their works are included next:

By following this link, the complete proceedings book can be found: http://cmmse.usal.es/cmmse2016/sites/default/files/volumes/Proceedings_CMMSE_2016_final.pdf