The UGR has invested Doctor Honoris Causa to Professor Mateo Valero Cortés, professor of Computer Architecture at the Polytechnic University of Catalonia and director of the National Supercomputing Centre (Barcelona). The event was held on the Royal Hospital of Granada Cruise. The ceremony was attended by some members of the SAL group.

The official photos of the event, speeches and achievements of Professor Mateo Valero in Supercomputing can be seen here. 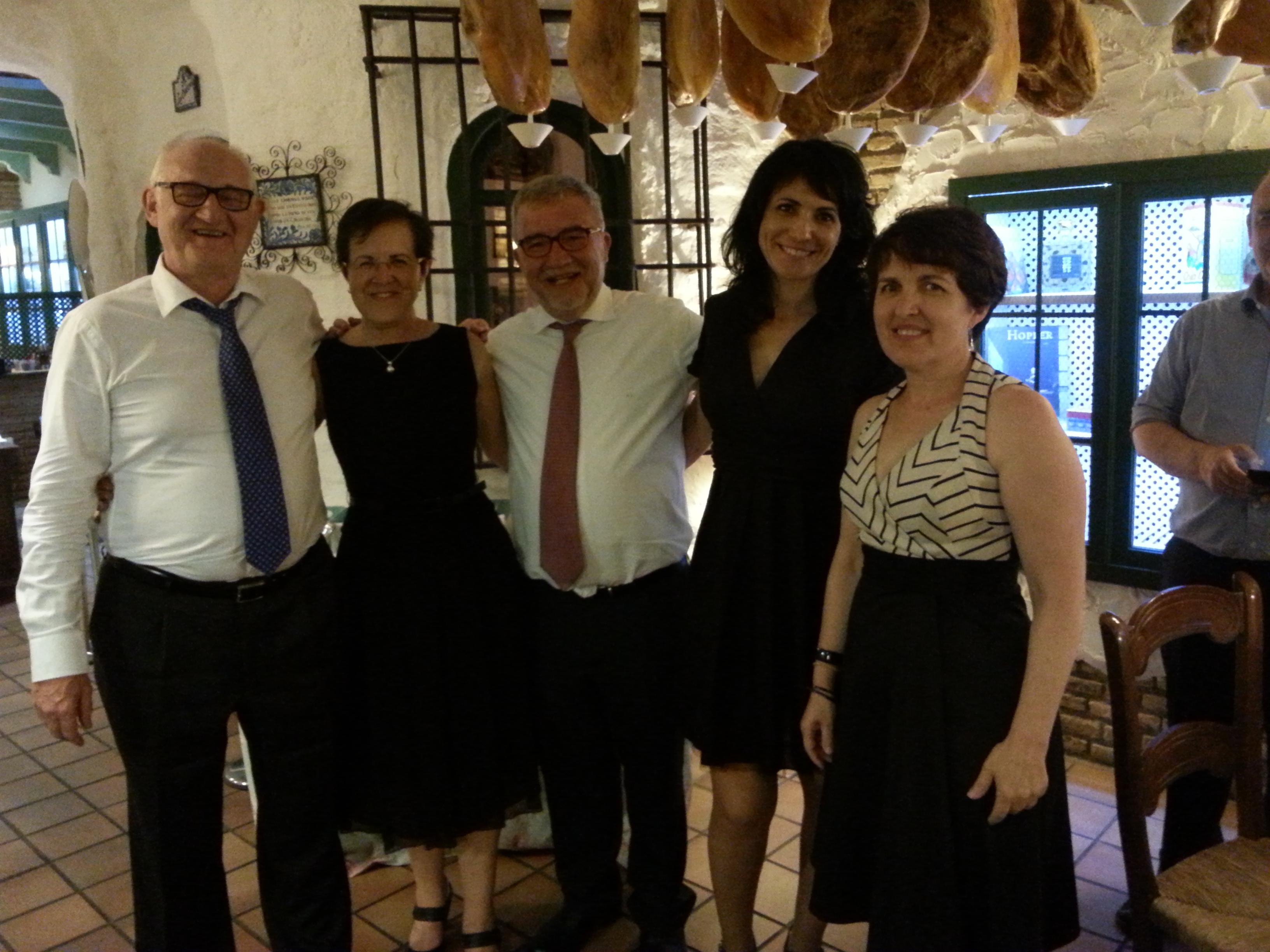 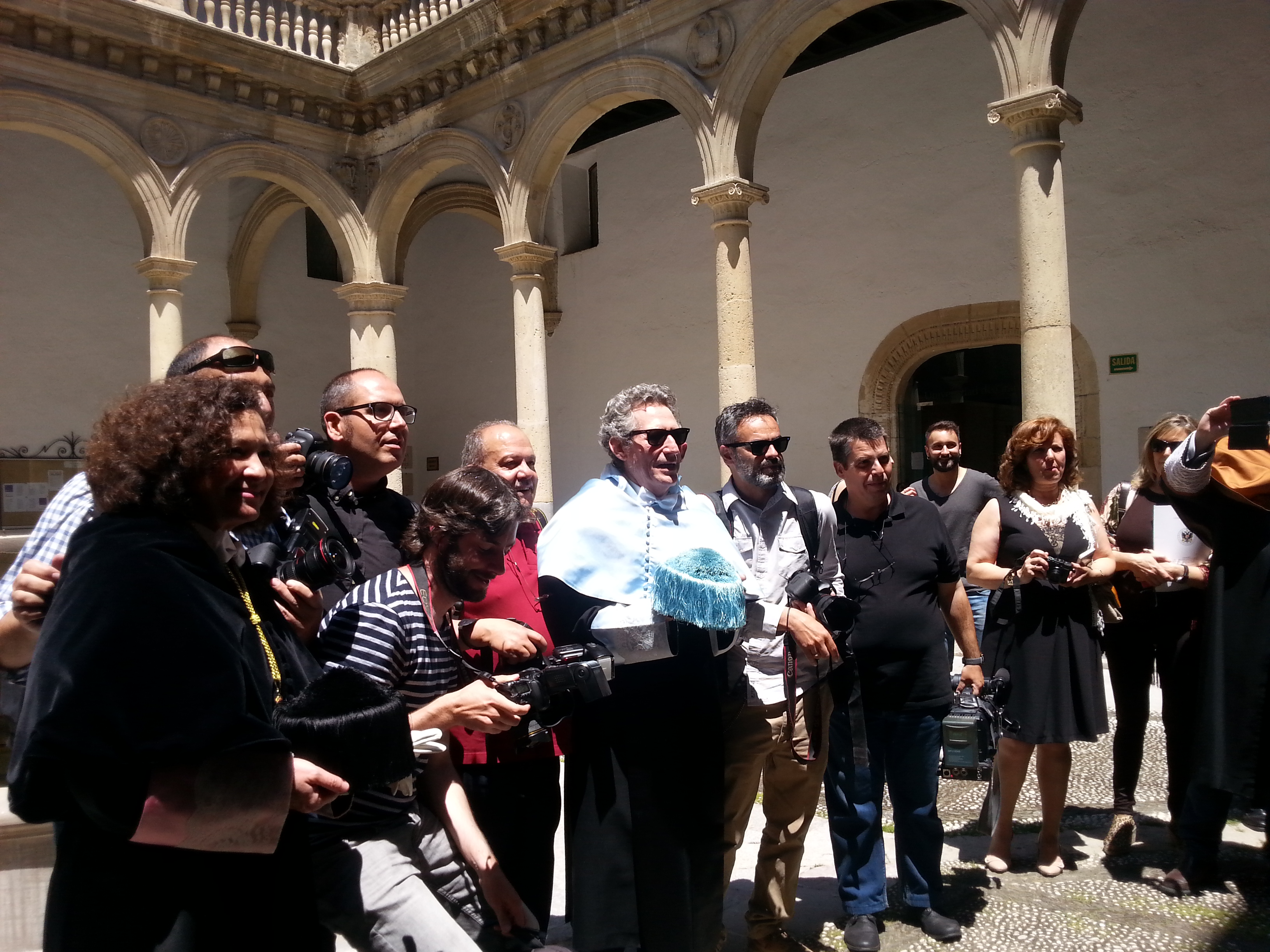 A project of the SAL research group is involved in the Google Summer of Code for the second time.

The P2PSP.org project, led by members of the High Performanze Computing and Algorithm research group, is taking part of the GSoC program as a mentor organziation for the second time, this is an international program in which Google awards stipends of 5500$ to all students who successfully complete a requested free and open-source software coding project during the summer.

Last year, three students of three diferent countries (Russia, India and Germany) worked on the project improving several aspect of the protocol. P2PSP is an open application-layer protocol (P2P based) for the real-time streaming of media content over the Internet. One of the most important goal of the project is to shape the future Internet TV.

The Students, advised by members of the research group, got to improve the protocol in several interesting topics such us security, efficiency and human-computer interaction.

Know more about the project at http://ww.p2psp.org 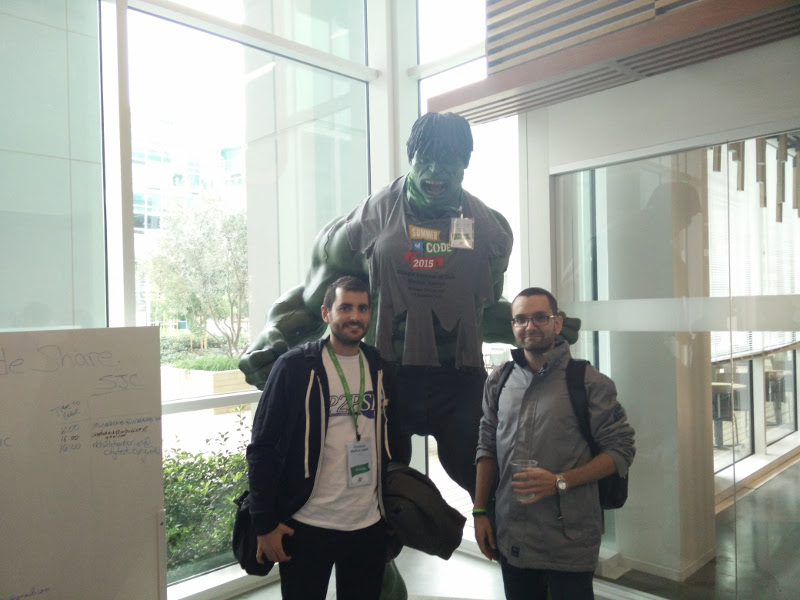 Last monday 25th January, our mate Guillermo Aparicio defended his PhD thesis entitled Bisección iterativa de un simplex regular: Paralelización. It is the result of his research along his period as a PhD student.

It studies and analizes some key aspects regarding bisection by the longest side of a regular simplex. Algorithm which study simplices shapes in the binary search tree was developed, getting a sequence of division that allow to generate the minimum tree.

This thesis is available in the thesis section to everyone who is interested at it. 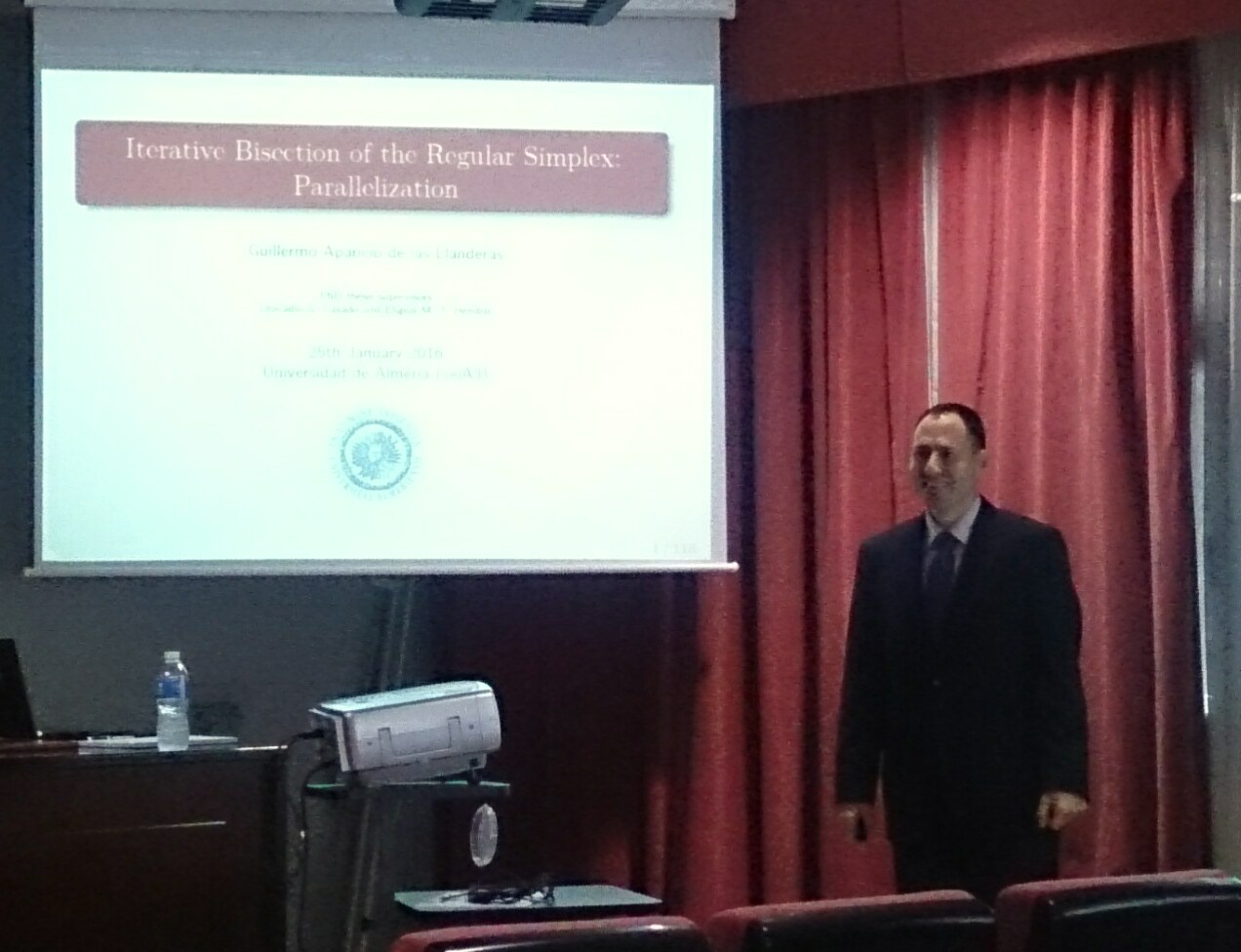