We are proud to announce that our brand new website for the Supercomputing: Algorithms' group is publicly available from now. It aims to show not only our group and researching results but also to make Science available to everyone interested at it by publishing general public-oriented and enjoyable blog entries. In this line, this new website will be also used to announce interesting events such as seminars and our participation in divulgative activities (e.g., our recent talks in The European Researchers' Night and in the Week of Science). We would like to include information about our researching infrastructure too.

To conclude this happy opening we will show you some screenshots regarding the evolution of our website along the years. We hope you like them!

Last 13th November, our partner Juan Francisco Rodríguez Herrera defended his PhD thesis entitled High Performance Computing in Deterministic Global Optimization. It is the result of his research along his period as an FPU student.

It studies and analizes some key aspects regarding deterministic methods for solving global optimization problems by using parallel computing. Some operative research problems are particularly studied. The main goal is to take full benefit from modern super-computers. The thesis is focused on two deterministic and well-known global optimization methods: Branch & Bound and Dynamic Programming.

This thesis is available in the thesis section to everyone who is interested at it.

The Science Week (Semana de la Ciencia) is an event organized by the University of Almeria in an attempt to bring science closer to people. Our research group exhibited various experiments focused on the new popular concept known as the Internet of Things (IoT).

Stundents from diffenrent high schools came by during the Science Week, and they were very interested in the topic. On this workshop, the students were able to discover and play with systems developed to join the physical world to the virtual one. 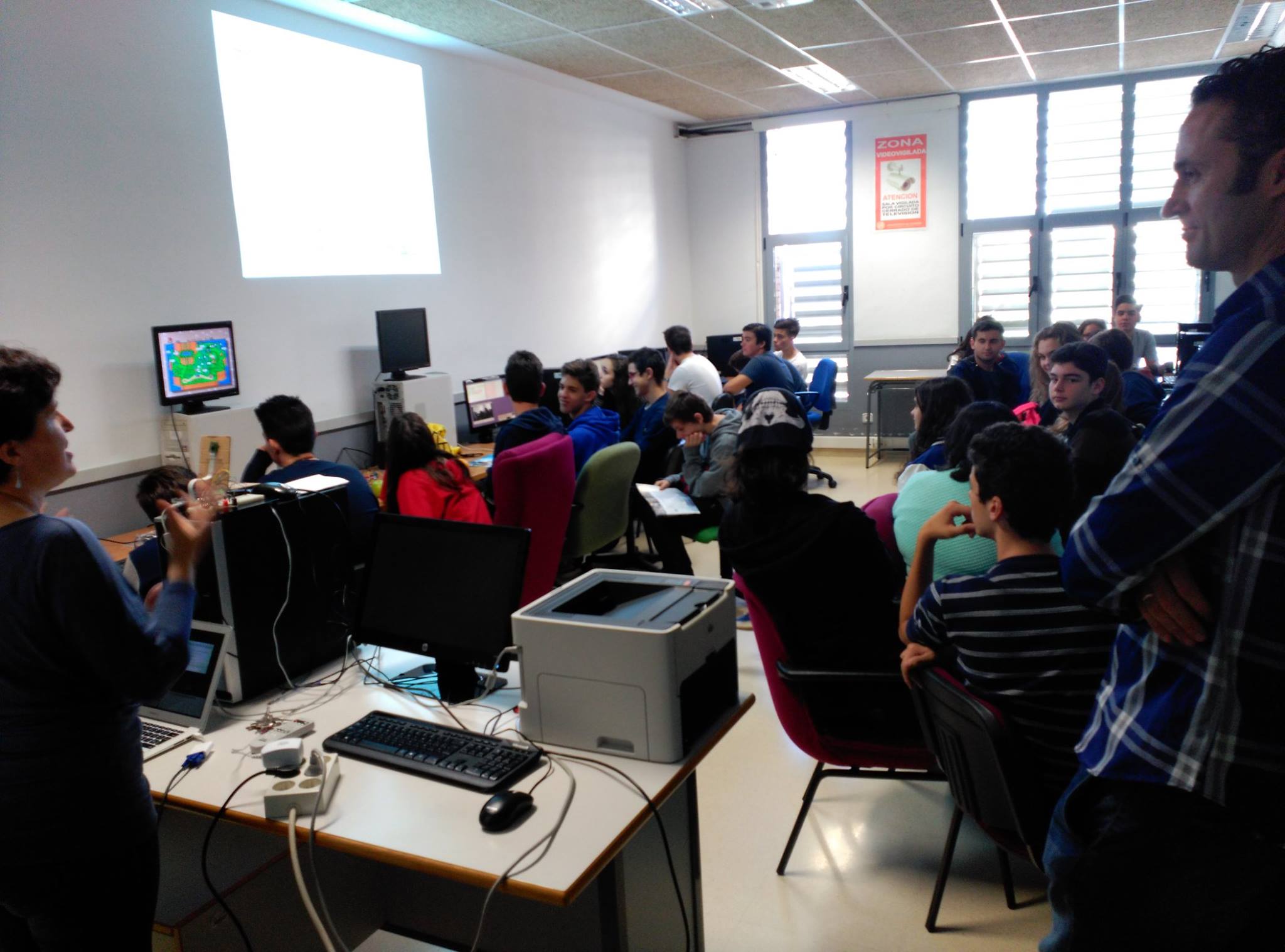 Hardware resources for the Internet of Things (IoT)

They key elements involved in the concept of the "Internet of Things" are:

The students on the lab were invited to interact with different systems based on Raspberry Pi and Arduino combined with diverse kind of sensors. We also analyzed with them the structure of the systems and the technologies involved in their creation.